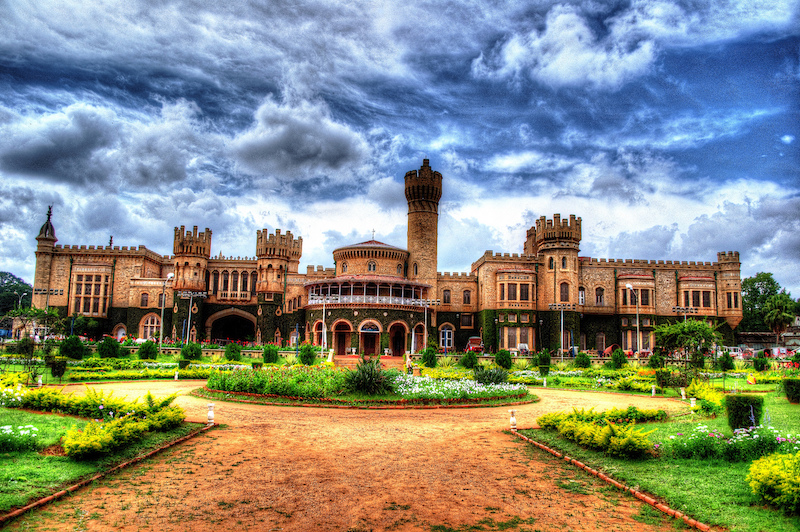 In an era (the late 18th century) when the other cities such as Madras (now Chennai) and Hyderabad, stuck to the Indo-Sarcenic style architecture for public buildings, Bangalore (now Bengaluru) adhered to the European-Classical style of architecture for public buildings introduced by the British as stated by T.P.Issar in his book ‘The City Beautiful’.

In this context, the Bangalore Palace, spread across 454 acres, was a truly distinctive structure.

The last of the Wodeyar kings of Mysore dynasty, Maharaja Chamarajendra X, bought the plot from Reverend J.Garrett an educationalist, in 1873 and renovated the palace to resemble the Windsor Castle of London,which is said to have impressed the king on one of his visits to the said city.

He wanted to replicate the architectural beauty of that palace and thus commissioned the renovation  in 1887. The construction of the palace was completed in 1944.

The palace is in the Tudor style of architecture and has a floor area of 45,000 square feet. It consists of fortified towers, battlements, turrets and Gothic windows. The interior decor consists of elegant wood carvings, floral motifs, cornices and ornamental relief paintings on the ceiling.

The furniture belonged to the neo-classical,Victorian and Edwardian era which has now been replaced with Art Deco. The open courtyard (Maharaja’s courtyard) in the ground floor has blue-coloured fluorescent ceramic tile flooring.

There is a bench and a fountain which was a gift from the King of Spain, Don Alphonso. After being dethroned in 1931, on his visit to Bengluru, the Spanish king found peace in this courtyard, which had a striking resemblance to the columns and pillars of Moorish architecture just like his palace back home.

Bowled over by the Wodeyar’s hospitality and kindness, he gifted him the bench, which is made of bright tiles. Another one on the ground floor is the Maharani’s courtyard, which has a fountain in the centre surrounded by flower beds.

A prominent room in the ground floor is the ballroom.

The ceiling of the ballroom has been intricately carved out of wood. The extensive of wood can be seen in the decorative staircase leading to the first floor which houses the Durbar hall where the Wodeyars conducted court affairs.

The room is adorned with gilt ceilings and gothic style windows and a wooden screen behind which the women would be seated and watch the proceedings discreetly. 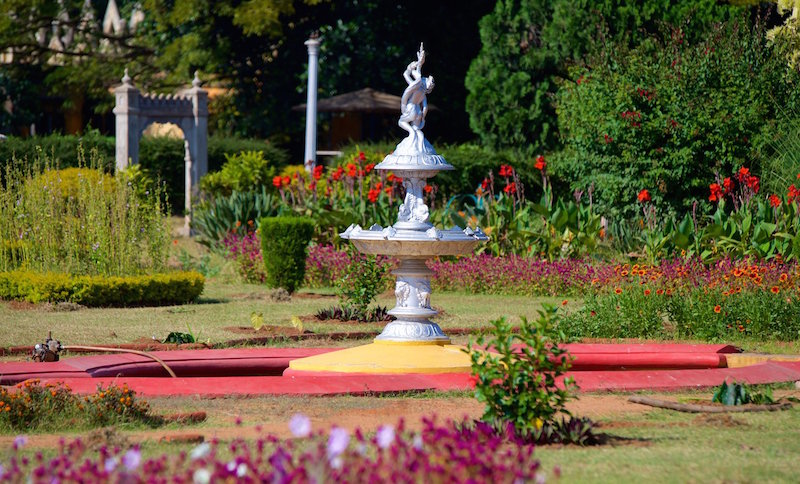 The gardens of the palace are landscaped in colonial style with hedges,trellis archways and ponds with statuettes and fountains. 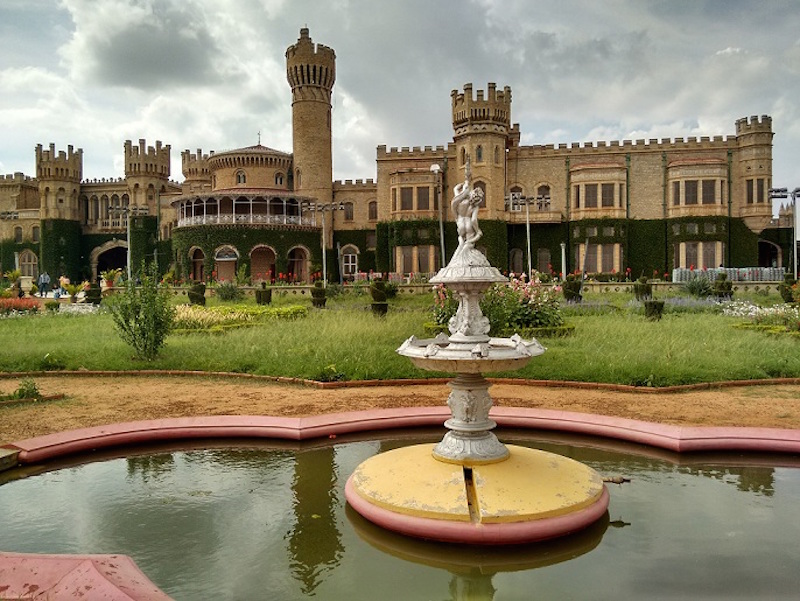 The palace still under the ownership of the Wodeyars, though does not have that magnificent grandeur that it used to possess once upon a time,is open to the public and is one of Bangalore’s most-visited tourist destination. 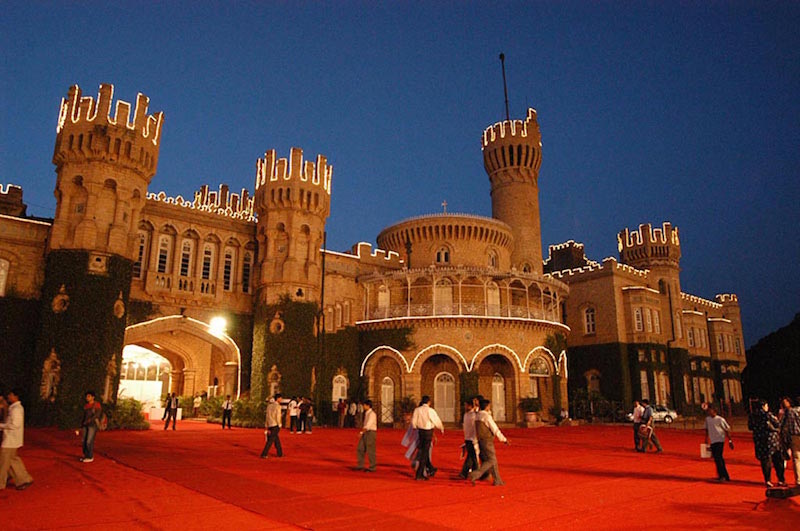 Also,the palace grounds are rented out for all kinds of music concerts,marriages,exhibitions and movie shootings. The palace thus,continues to be a majestic structure that it used to be and amuses the public with its impressive architecture.

Culture and nature beyond modernization: Yuyuan Historical Gardens in Shanghai

Dharmarajika: The Great Stupa of Taxila