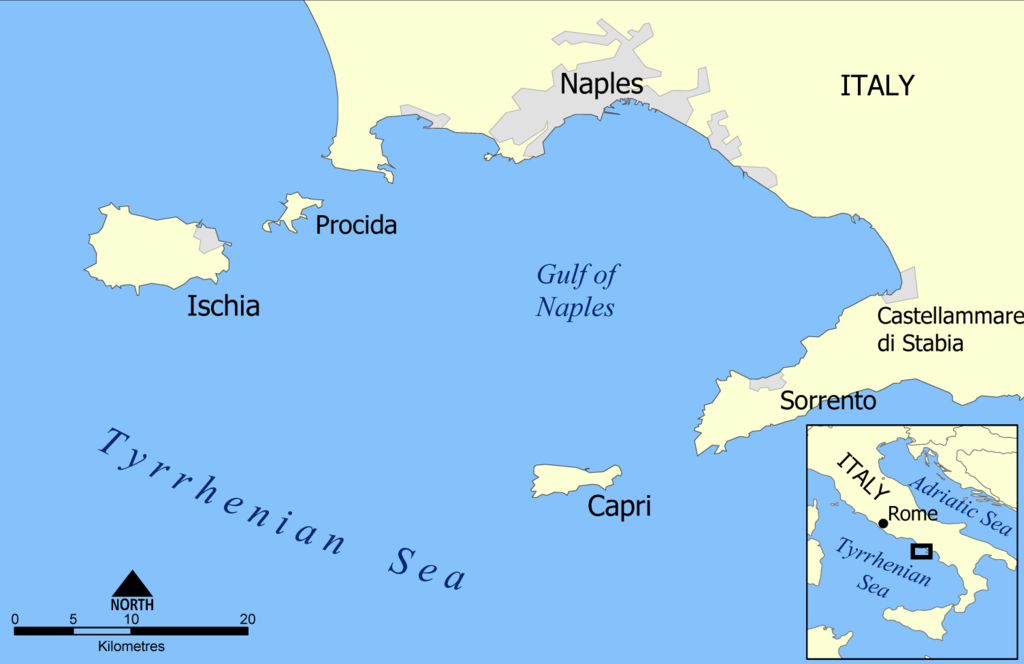 Baiae has been named after the Baius, who was the helmsman of the Odysseus’s ship in Homer’s Odyssey and was supposed to be buried in the nearby town.

Initially the city was developed as part of the port of Cumae and is situated in Campania of Southern Italy near the Bay of Naples. Having a mild climate, it used to be a significant city in the urban sense when it comes to spending vacations and contributed to the recreation of the people who belonged to the status quo of the Roman Empire. The town was considered more of an Imperial property.

It sits naturally over the top of the active volcanic vents which were known to have these hot springs that offered healing medicinal power and thus were being used as spas all over. These springs were used in the spas as sauna’s that were linked through various chambers and transported the underground heat to the facility. Other than being used as a spa, the baths were also employed by the physicians to attend the patients and  also treat and study various illnesses.

The city contains the grand houses of famous figures from the ‘antiquity’ period which marks the importance of the place as a resort in general. The city has the bad repute comprising of a hedonistic lifestyle.

The Roman Navy that operated its fleets form the Port Julius. The city was made part of the same port in the late Roman Empire. This period of ruthless pleasure was overthrown when it got sacked during the barbarian invasions and then again in 8th century by the Muslims. And by 1500, the remains of the town were abandoned.

Some of the important events that occurred in history of Roman Empire are attributed to this town. For example, Agrippina who was the mother of Nero was murdered here in this town, the famous bridge of Caligula was built here which was 3 miles long and was made out of the seized ships of the area by fastening them together and weighing with sand. The bridge was to stretch across the town till the port of Puteoli. It is also claimed that Cleopatra was staying here in Baiae at the time of the death of Julius Caeser.

Due to active volcanic activity in the region, the coast got subsided, due to which most of the Baiae now resides under water in the Bay of Naples containing the structures, statues and the hidden stories of a forgotten age.

The wonders that belonged to the time of this town have been very much mentioned in the Roman Poetry and many books have been written alongside the town.

Today the remains now being held as part of one of the world’s underwater archaeological parks that offers to have a clear look at the ruins of the city by means of glass-bottomed boats. One of the services along these ruins is the scuba diving that allows the visitors to swim across the glory of the past that lies crumbling; over the past years, untouched and unnoticed.

Rhapta: the Atlantis of East Africa

The ‘Living’ Heritage of Lake Malawi