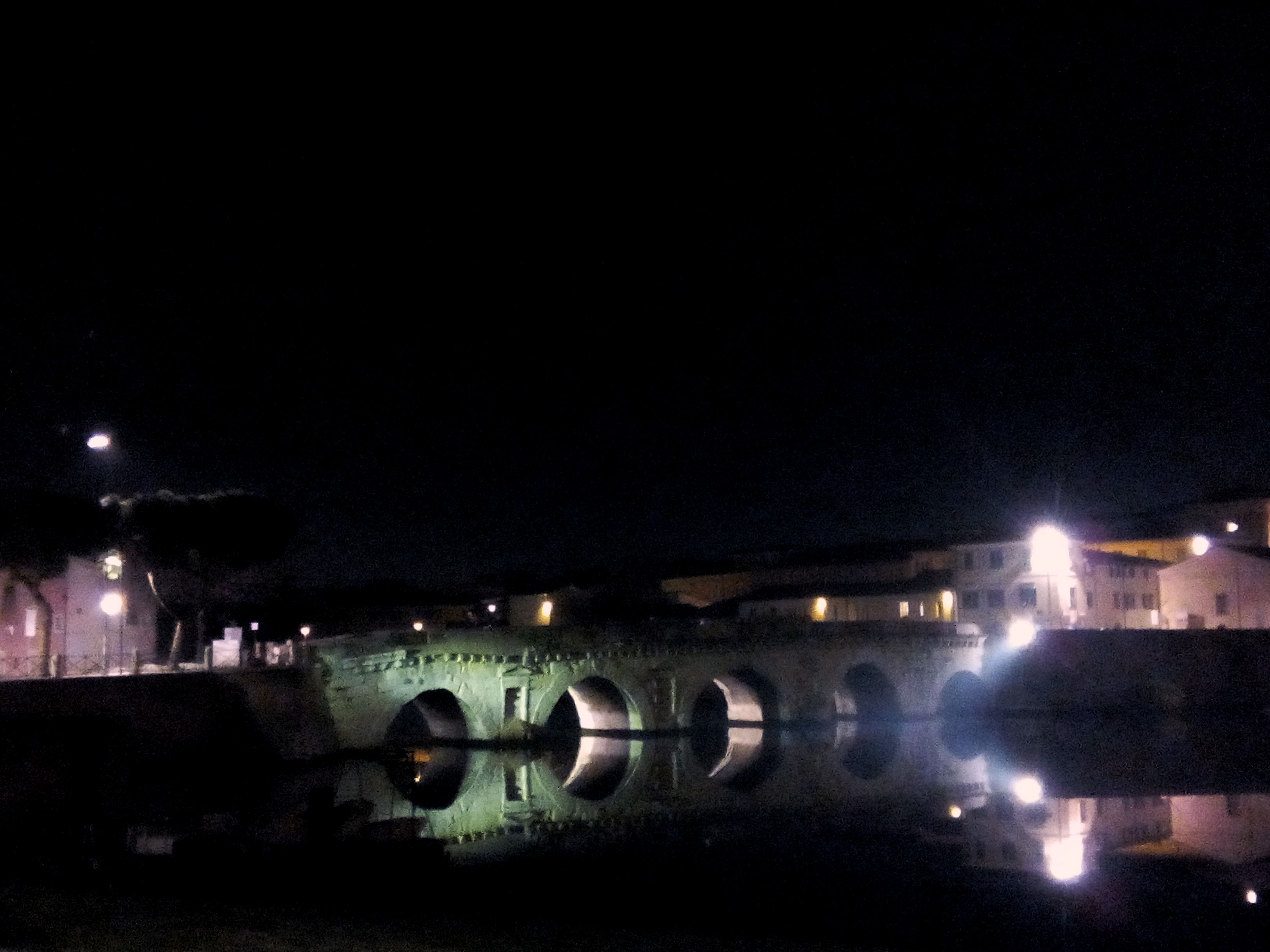 Inscription thus calls the structure as “given by both emperors”, but it is better known as “Ponte di Tiberio” right now (Tiberius’ bridge). The bridge is among the most ancient roman structures to be still safe in our days. It is stable and still open to pedestrian and vehicular traffic, with the exception of heavy vehicles, although the local administration is studying an alternative traffic circulation plan.

There are two legends about the bridge:

–  it is said to be the “bridge of evil”, because there are two animal tracks in the marble of the balustrade. Probably they are signs of holes for the support of a mechanical system for the transport of goods from mercantile ships;

– the second legend is about WWII. During the war the bridge has been the only one of the city to be saved from german bombs. According to someone it has not been destroyed because of the intervention of a young german soldier, major Rudolf Rennecke. A letter published on a local online newspaper in 2015 describes the casual meeting in Genève between professor Rosino Carlo Zanon and Mr. Rennecke, who finally admitted his merit.

The bridge is built with istrian stone and has an armonic and sober style, as Augustus’ arch. 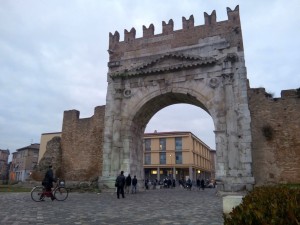 The arch was dedicated to emperor Augustus by the Roman Senate in 27 BC. It is the oldest survived Roman arch and signaled the end of the via Flaminia, a road connecting the city of Rimini to Rome.
The arch is especially large for a gate of the time, so it couldn’t be closed by a door. The explanation may be the fact that there was no danger of attack, because of the peaceful policy of Augustus (the so called Pax Augustas).
The four circles in the upper part of the arch represent four Roman gods: in the two towards Rome there are Zeus and Apollo; the two towards the centre of the city represent Neptune and the goddess Rome, personification of the Roman state.

Along with the bridge of Tiberius it is today one of the symbols of Rimini, so important that it appears on the city Gonfalon. 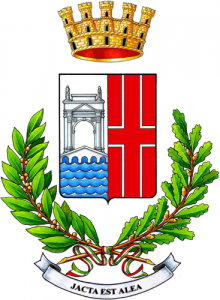 The inscription above the arch reads:

The Senate and People of Rome [gave this arch]

to Emperor Caesar Augustus, son of the divine Julius, Emperor seven times,
Consul seven times and consul-elect for an eighth time, for the via Flaminia
and the other very distinguished roads of Italy too, which have been repaired by his auctoritas.

Remains of a history: The Santa María Convent in Chiclayo, Perú

The iconic built heritage that is – Manchester Town Hall!