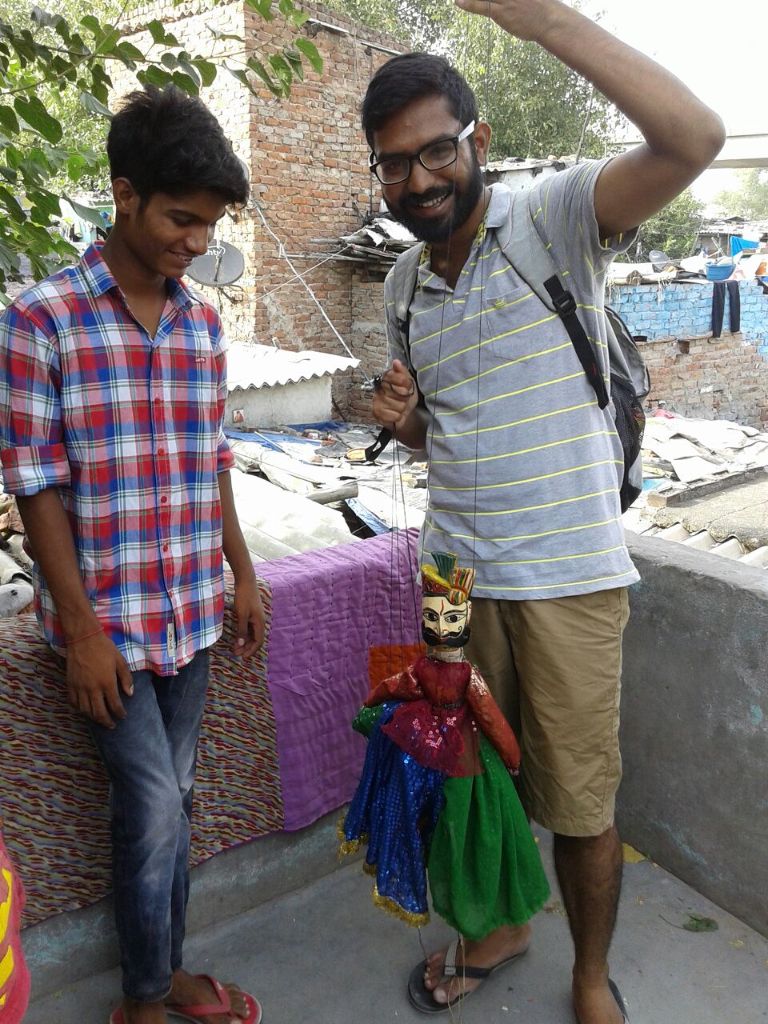 Delhi is a place which offers traveller a lot of things in terms of Heritage. It is filled with lot of Intangible Heritage also. Every nook and crannies have something to give and a story to tell. So in search of Intangible Heritage I went to Katputhali Colony, Shadipur, Delhi. Kathputli Colony is a colony of street performers. It is home to some 2,800 Families of magicians, snake charmers, acrobats, singers, dancers and other artist. Kathputali Colony houses 3,000 puppeteers living with their family. The Heritage which I took is Katputhali (Puppet).

Kathputali or Puppet art is an ancient and popular form of Folk entertainment. Contemporary records shows that Puppetry in India must have originated earlier than 5th Century B.C. Katputhali is basically a string Puppet, this art came from Rajasthan, India. It is one of the most popular form of Indian Puppetry. These Puppets are usually controlled by a string which passes from the top of the puppet over the puppeteer’s finger. The word ‘Kathputli‘ is made up of two words ‘Kath‘ means wood and ‘Putli‘ which means a doll which has no life. So Kathputli is a doll which is made entirely from wood. Some artist also makes their Puppet with wood, Cotton cloth and metal wire.

According to the artist here the art of Puppetry is very old. The early puppet shows in India dealt mostly with histories of great kings, princes and heroes and also political satire in rural areas. Earlier there was no television or other medium to pass information. These artists go to different places and present their message through Puppetry. With the progress and development of civilization, the mysticism connected with traditional puppetry slowly started to fade which was replaced with an element of entertainment.

Here I met two artists Suraj and Rahul, both hold a good knowledge of Puppetry as their Fathers are famous artist in Delhi. Their fathers do puppetry show regularly in and around the city. Some of the artist here even went to America and other countries to Puppetry competitions and other events. One artist here had been to America in the year 1988 for an International Puppetry Competition and stood second. Most of the Puppet artists here have a many story to tell about puppetry. The entire Puppetry artist’s here hails from Rajasthan.

Puppetry is a great way of storytelling and their colorful costumes are a big draw. These artists learned the art of Puppetry from their ancestors. They encircle the thread onto their fingers, through finger movements they perform the puppetry. The Artist says earlier people were very fond of it. But now they people are not much interested in this art form. As technology has created television, video, Computers and other forms of entertainment. The ancient art of puppet theatre has been declined in recent years. Many puppeteers are choosing to leave the profession as they find it difficult to make ends meet. “There is very little money in working with puppets.” They also says “We perform for foreign diplomats and visitors, we represent India’s culture but when it comes to our welfare, the authorities ignore us.” Artists here are trying their hard to keep it alive. They say they will take it forward and make it reach the pinnacle of the art world.

Many young volunteers and some organizations are trying to keep puppetry relevant by trying to improve their outreach and find new avenues in the mainstream.

Earlier Puppetry were popular forms of traditional entertainment in India for long, but in recent years, the puppeteers in this colony been desperately trying to preserve their dying art form.

To preserve this art form the government should turn this colony into a Haat like ‘Delhi Haath’ which can showcase different art forms or a Tourist destination for people to come and experience their little world. It is also a wonderful place to organize Cultural walks.

My tribute to the art of Indian puppetry and its practitioners. 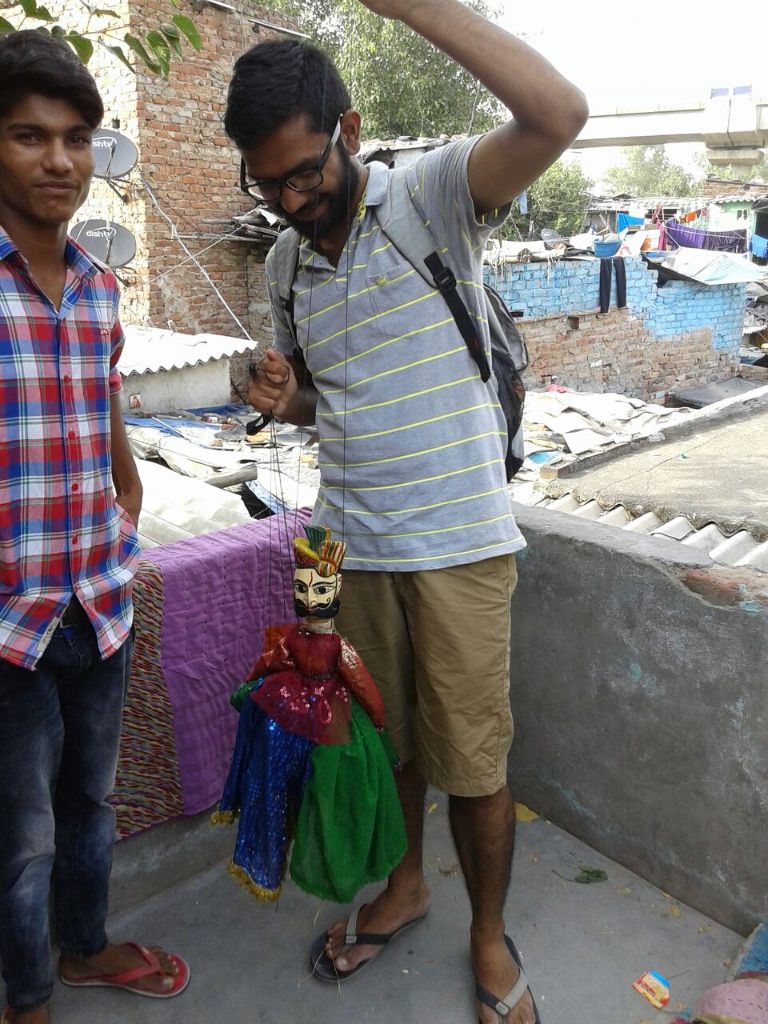