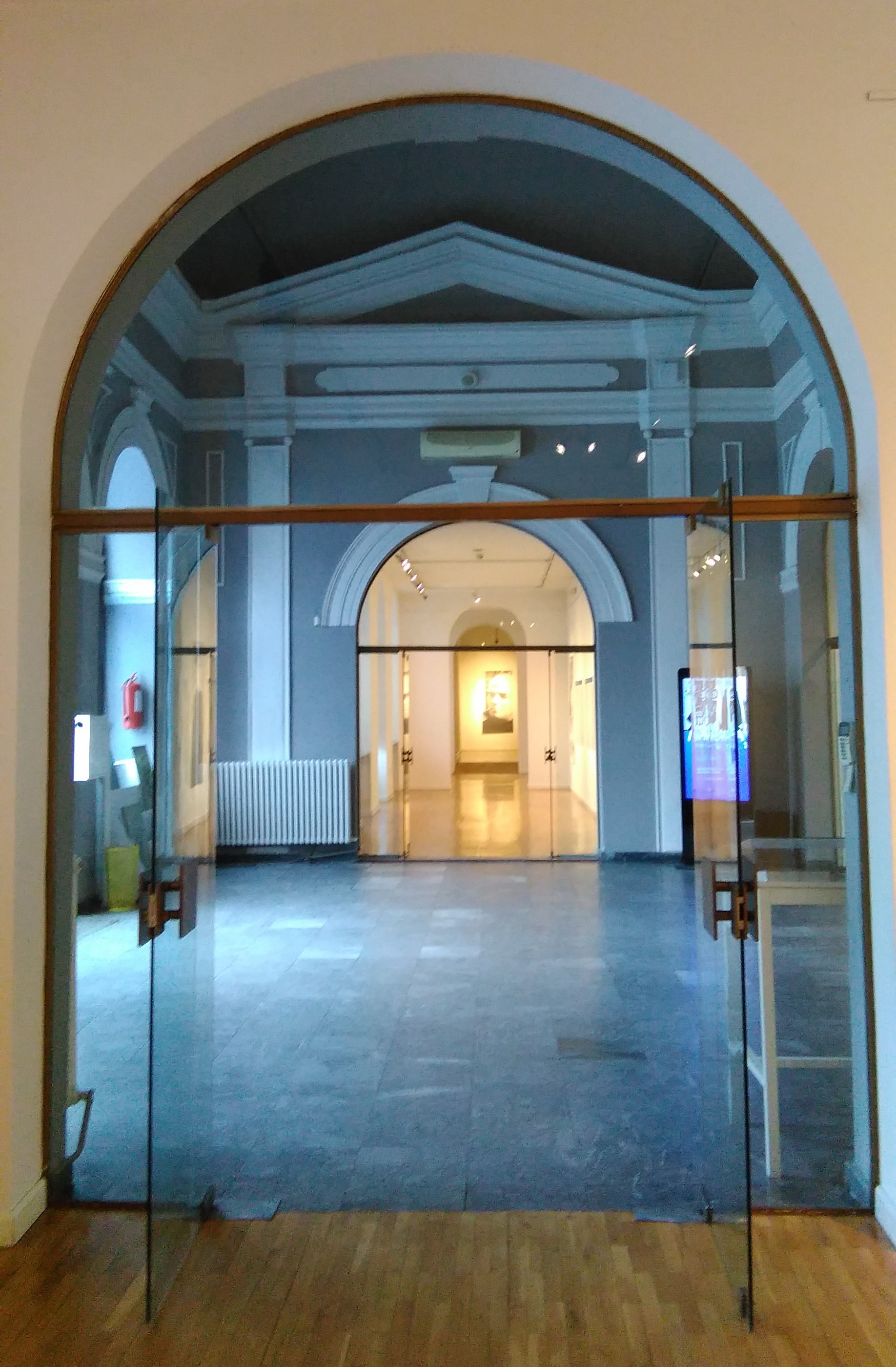 The old railway station building in Banja Luka, as well as the majority of public facilities that were created in the Austro-Hungarian Empire at the end of XIX century, is now a facility that was designed in the spirit of historicism. The Neo-Renaissance style of architecture is characteristic of representative facilities of the times, and today it is also specific and unique for the building of the Museum of Contemporary Art of the Republic of Srpska.

The Museum of Contemporary Art is the only institution in B&H with this title, and its exhibits focus on the field of contemporary art. The Museum directs its activity towards an active stimulation of the development of the contemporary art scene of the region in which it is active. Thematically conceptualized exhibitions are often reminiscent and indicative of the paths of modernism and the first steps that led to its foundation. It also bases its program activities on international cooperation with relevant institutions. An active member of the international organization ICOM, the Museum regularly marks the “International Museum Day” and the manifestation “The European Night of Museums”.

Entrance into the museum is free and I visit it frequently, just as dozens of other visitors. I like it because it is home to the works of contemporary art by way of creative exhibitions and media. At the same time the heritage kept by the museum is represented, completed and exposed in the form of works collections. It is an institution that educates and gives satisfaction with a wide spectrum of communication: thematically arranged exhibitions, inclusive presentations, educational activities as well as the featuring of guest authors and recognized artists.

The Museum owns a collection that includes over 1600 artworks distributed into four collections: Painting, Graphics and Works of Paper, Sculpture, Facilities, Installations and Media Art – a division which has as its focus artistic media as the main determinant, as well as new policies of completing the collections from the beginning of the XXI century.

The majority of works belong to the second half of the XX century, while the collections, which were initially founded on the parameters of geographical determination and the presentation of the most important phenomena of the Yugoslav art, as well as the works of significant artists from the region and world, are kept in the fundus of the Museum of Contemporary Art of the Republic of Srpska.  It is also important to note the repurchasing of exhibits from the manifestation “Autumn Salon”, which was held biannually in the period from 1962 and 1989 in Banja Luka and was one of the most important activities of this institution, which traces the evolution of artistic technique in Bosnia and Herzegovina.