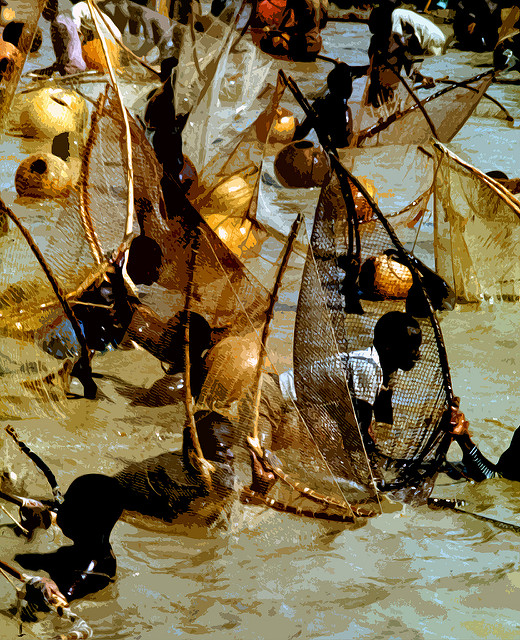 The Argungu festival could be regarded as the most famous festival held in the state of Kebbi.

In North-Western Nigeria, in the 19th century, the Calpih of Sokoto conquered Kebbi. However, in 1934,the hostilities ended. The festival is celebrated to mark the peace between the two kingdoms. The annual festivities comprise a huge fishing competition. Before celebrating the festival, four solemn rites are performed by the locals. The ‘Gyran Ruwa’ involves the purification of water.

‘Fashin Ruwa’ entails an opening up of the river territory for fishing, and “Gyaran Gari” and “Shan Kabewa” are atonement performances. After the rituals have concluded, the festivities are carried out. Thousands of fishermen join in on the fishing competitions at the sound of a gunshot, which establishes the beginning of the contest. The rule is simple and straightforward. The person that catches the biggest and heaviest fish is the winner.

A hefty cash prize is handed out to the capturer of the largest fish. In 2005, the winning fish weighed 75 kg, and needed four men to bring it on top the scales. A long stretch of the Argungu river is preserved throughout the year in order to provide an abundant fishing during the fest.

The celebration marks the end of the growing season and the start of the harvest period. It begins to attract guests and tourists from all corners of the world. In addition, the Argungu Festival is not just confined to be a fishing competition. It also includes canoe racing, wild duck hunting, barehanded fishing, diving and swimming competitions.

All of this is accompanied by singing, dancing and feasting until dawn. The fest, in essence, sums up different Nigerian features which show how fascinating this country can be. The diverse culture of Africa is exemplified by its cultural beliefs, and the deep symbolism involved in them. The Arguing festival is just one of many traditions that make Africa distinct in the way it expresses cultural patterns of thought.

Jollof Rice: From New York’s MET to many satisfied tummies

Food and cultural influence in India