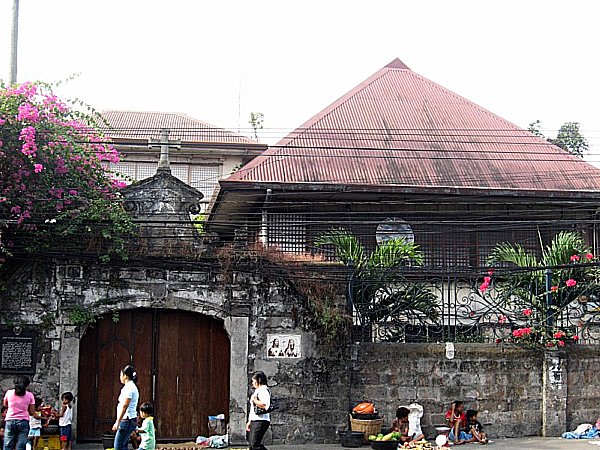 Bale Matua (translated to “Founder’s Residence”) is the almost two-century old ancestral home of Don Angel Pantaleon de Miranda, founder of Angeles City, and his wife Doña Rosalia de Jesus. It remains as the oldest structure in the whole of Angeles City.

The three-story house was built in 1824, and today is open as a showcase of the family’s treasured items including antiques, photographs, and paintings. It thus forms an elaborate archive of the times that have passed by. The house’s 15 divisions are well-preserved and are a testament to the lifestyle of the elite back in the day. It is not common up until today to have maids’ quarters and an expansive library in one’s home!

The house was inherited by Don Angel and Doña Rosalia’s only daughter, Doña Juana de Miranda de Henson. Her line runs the management of this living museum and its reservations-only heritage dining experience. Although you may not get the chance to visit as entry is reserve-only, it is a sight to behold even from the outside.

Camalig (translated to “shed“) was once Angeles City’s rice granary, a crucial socioeconomic center point for the city with rice being the staple food in the country. This is where rice quotas are collected and distributed within and outside the city, a boon for the rich who control the trade, and a bane for the poor who must meet exorbitant quotas and are expected to pay when these are not reached.

The structure was built in 1840 by Don Ciriaco de Miranda, the town’s first mayor. It was primarily used as a farm shed, then as a rice granary. Today, it houses Armando’s Pizza, a famous pizzeria that has been around since the 1980s.