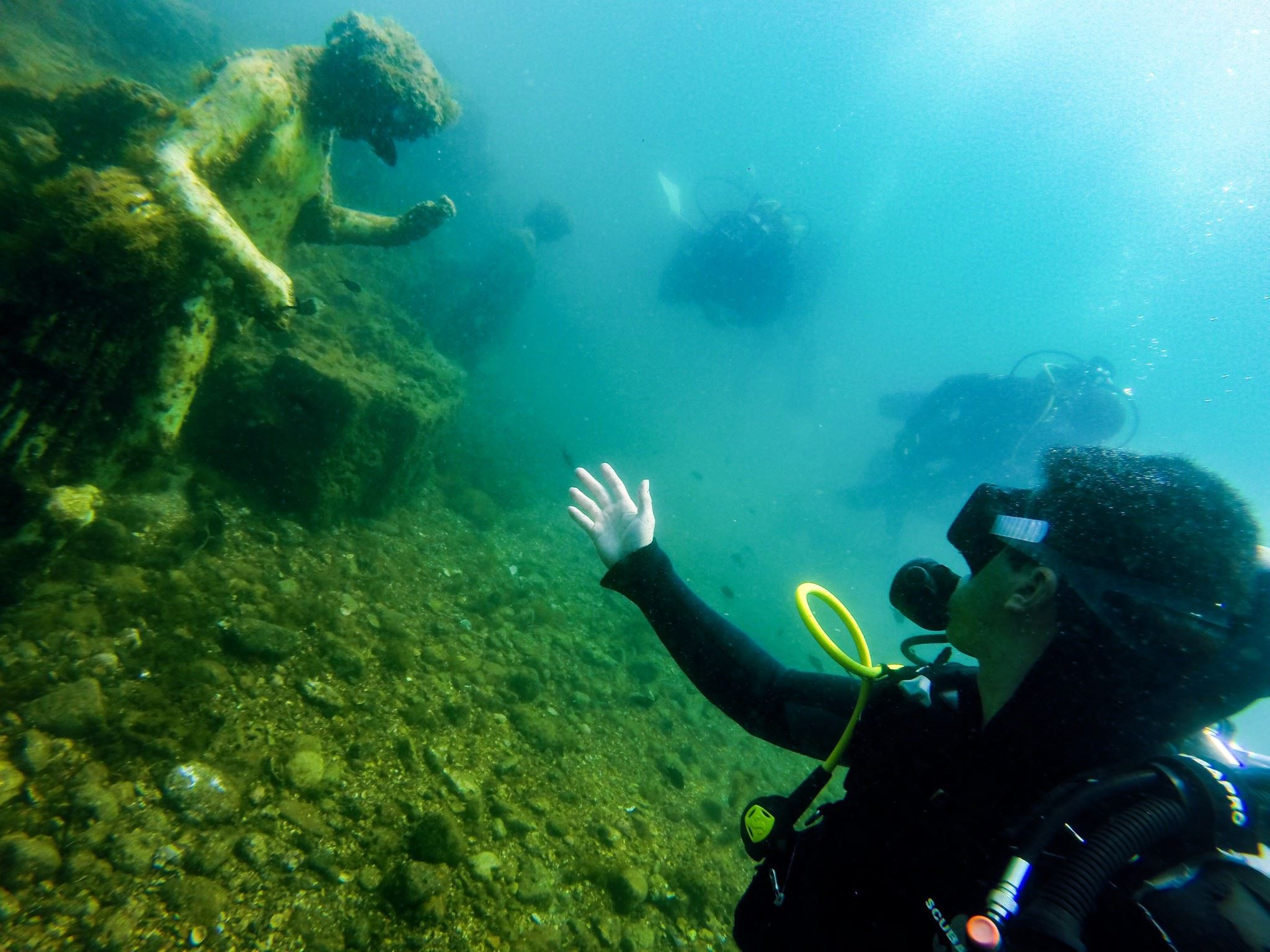 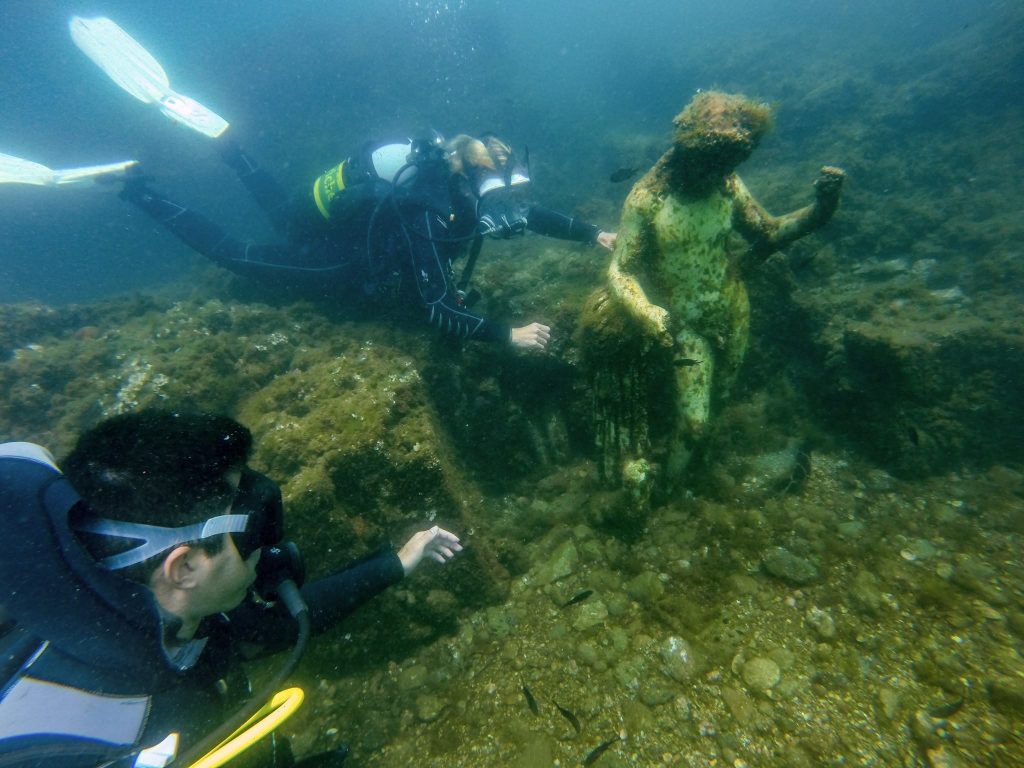 I backpacked Europe 2 years ago. I made it a goal to see as many World Heritage Sites as I possibly could in the limited amount of time I had. But I also wanted to see unique places that haven’t specifically made the cut to be on the coveted World Heritage List. So I was spending a few days in Pompeii and Naples. Both of those places are World Heritage Sites but my friend and I had an extra day to spare. After searching frantically for that cherished WIFI most of us hold so dear I finally found a signal and I started searching for interesting spots around the area.

As I was searching the web I remembered that the ocean wasn’t too far away. I am also from Florida so the beach holds a special place in my heart. We quickly decided that it would be nice to relax on the beach for a day soaking in the Italian sunrays admiring the beautiful women as we sip our ice-cold beer.

Of course that didn’t happen.

The good idea fairy told me we should do something more exciting. I Lived in Daytona Beach for 5 years; I don’t need to just lounge on the beach again while I’m thousands of miles away in Italy.

As the train edged closer to the ocean I noticed a bright red sign most people would only associate to one thing. I turned to my friend and said:

We got off at the next stop, turned around and immediately went to the first dive shop we saw.

They said we were in for a treat. We stumbled across one of the most unique dive locations in the world.

That day we went diving into the Sunken ancient Roman city of Baia.

Baia was lost to history, only to be re-discovered about 50 years ago. In the time of its rediscovery it was determined that this was the “Las Vegas” of the ancient Romans. “The city, which was located over natural volcanic vents, was famous for its healing medicinal hot springs which occurred all around the city and were quite easy to build spas over. Some of antiquity’s most powerful figures such as Nero, Cicero, and Caesar were known to have visited the city and a number of them actually built permanent vacation villas there.” [1]

I felt like I was stepping back in time

Safe to say I was excited beyond measure. To say that I got to dive in an ancient underwater city was similar to that of telling a kid you’re going to visit the lost city of Atlantis. 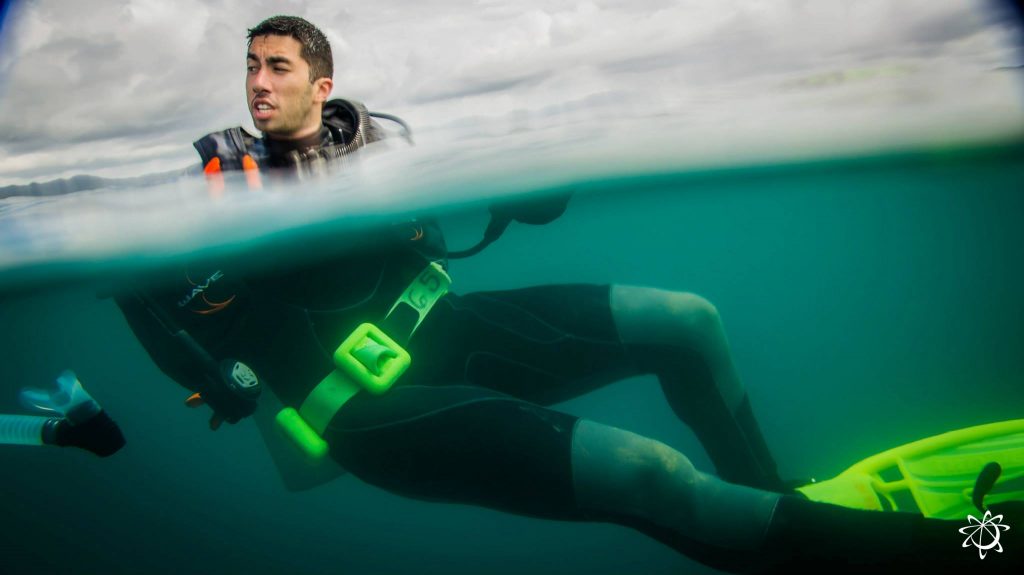 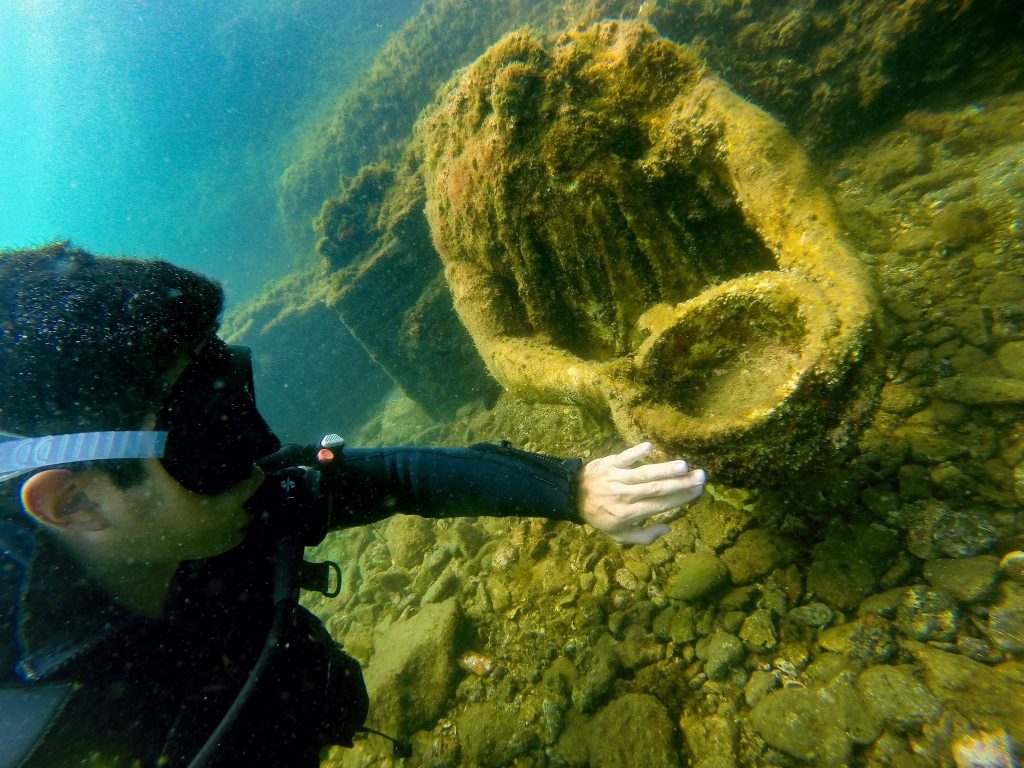 We went down to our first location and stumbled across volcanic vents. The volcanic activity is what caused the waters to rise up in the first place (Also what caused Mt. Vesuvius to explode) so it was kind of scary seeing the vents still active. As we went along the ocean floor, I started seeing glimpses of statues standing in the distance. Forever alone in their underwater tomb.

Seeing the statues and the pillars of this underwater city was weird. I was trying to grasp the feeling of people used to walk here hundreds and thousands of years ago. It was a contradiction of feelings. I thought it was cool to say that I experienced something so unique but yet I couldn’t help but think how this could be many of our cities in the future if the water levels keep rising more. (I know the rise of the sea levels currently is of a different reason that what probably caused the sinking of Baia) It got me wanting to pursue conservation of our current sites but also bring awareness to sites such as the Underwater city of Baia so that more people could experience the unique heritage around this dive site. 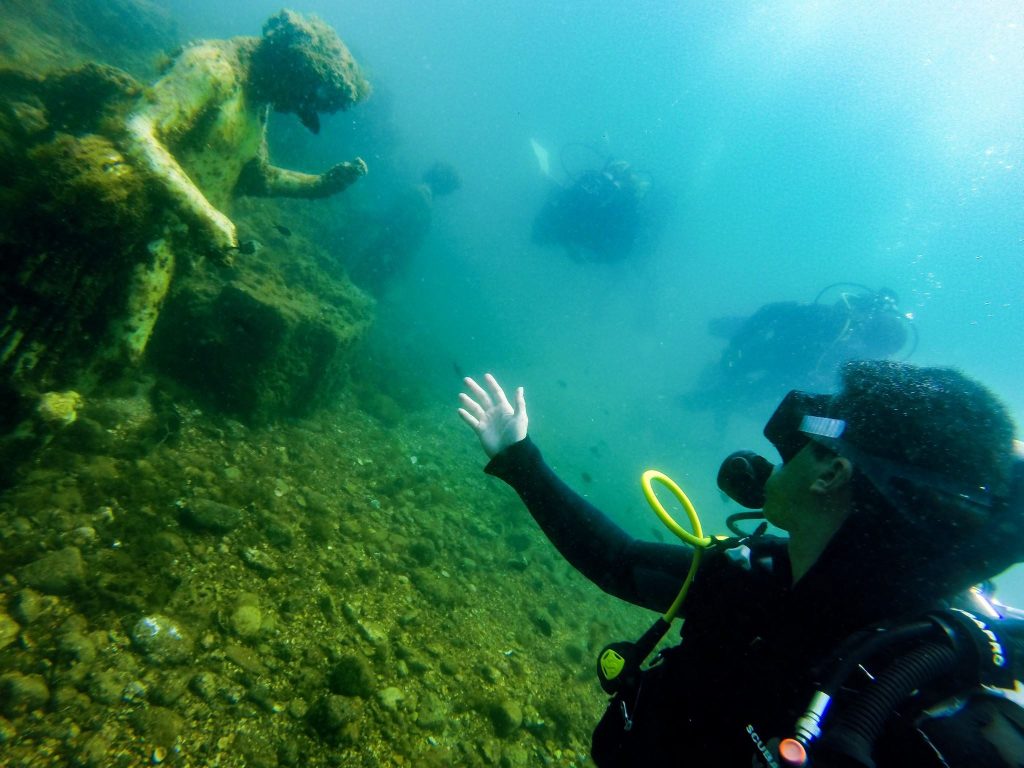 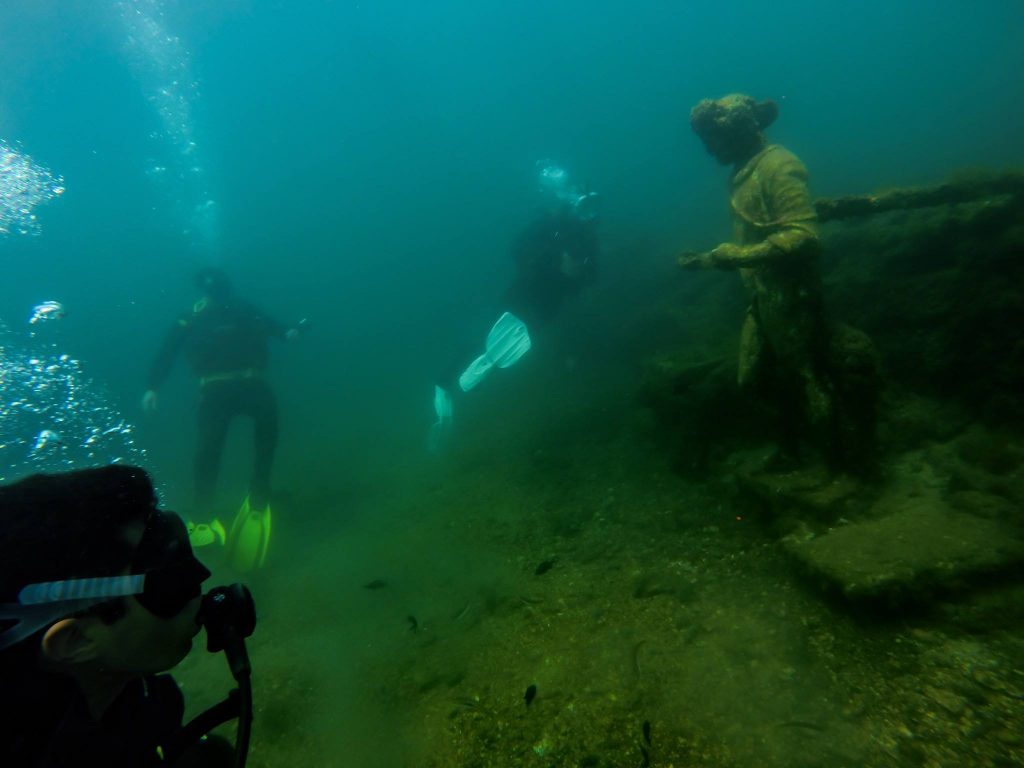 From the site for the Archeological site:

The principal objectives of the underwater Archaeological Park of Baiae are:

       – Implementation of scientific research programmes to further increase knowledge of the area;

       – Promotion of a compatible socio-economic development based upon traditional local activities, local residents and the businesses presently operating within the area. [2]

One of the stone murals preserved underwater [2]

If that’s their objectives then that should be everyone else’s too.

The Fate of the Japanese Midget Submarine at Pearl Harbour