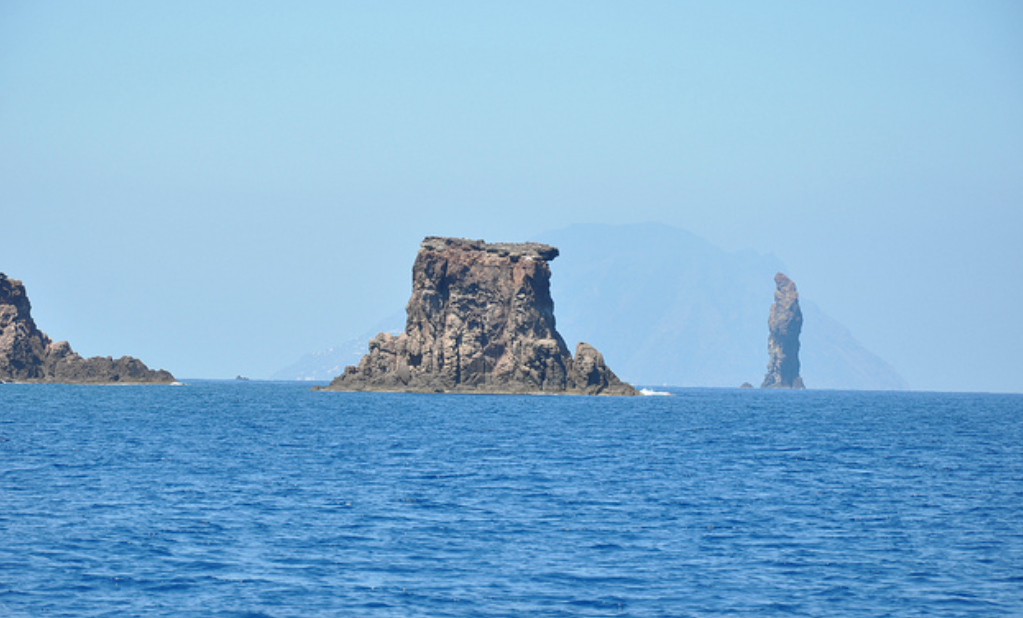 Seven wondrous little islets lie on the clear Tyrrhenian Sea, a section of the Mediterranean Sea which is placed in the area north of Sicily, in Italy. They’re called Aeolian Islands, and their inclusion in the UNECO World Heritage Site list in 2000 isn’t only due to the beauty and the fascinating nature of the landscapes. Their origin makes them an exceptional and unique example of what nature may create by using the power of volcanoes. Let me clarify better.

The name of the archipelago is derived from the ancient god Aeolus , the king of the wind (a figure coming from the Ancient Greek culture), who once leant on Lipari and started naming the islands. As I previously mentioned, the islets are seven in number: Lipari, Vulcano, Salina, Panarea, Stromboli, Filicudi and Alicudi.

The most important feature of the complex is its volcanic origin, which bestows peculiar shapes and wonderful colors to the islands. Two of these consist of two active volcanoes which are named Vulcano and Stromboli. Stromboli is considered as one of the most dangerous active volcanoes in the world. It is able to constantly emit small explosions (called “Strombolians”), with a rate of four or five flows per hour. That’s the reason why it is utilized as a lighthouse by sailors and travelers from ancient times.

The plant system is very different and depends on the islet considered. It is formed by the colonization of the flora coming from the Mediterranean regions. These green zones, kept intact from the human manipulation, could completely be contemplated on the areas of Stromboli, Vulcano and Lipari (which is considered the main island of the archipelago). Concerning the fauna, the diversity of birds settled in the territory is extremely diverse, ranging from falcons to sparrows and seagulls.

The major part of endemic fauna consist of the marine species which include several species of fish and dolphins. On the seafloor, many archeological findings, caves and collapsed volcanoes can be observed. This feature makes the area one of the most mainstream point for Scuba divers.

The Kaa waterfall in Babalonma