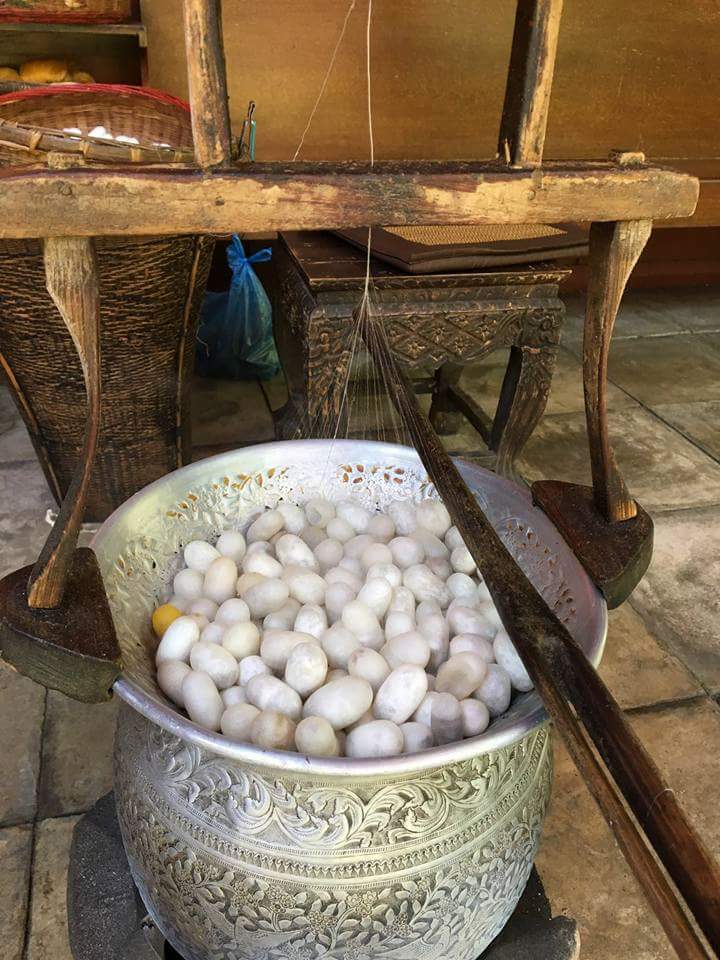 Silk  is a symbol of Royalty in India, where weddings and religious rituals have a customary outfit for both men and women. The texture and appearance of this fabric is what sets it apart from all the other materials used to craft Indian clothing. It is crafted and carefully created in parts of India such as Mysore.

Mysore is located in Southern part of India and is a province of the royal family, the Wadiar. The Mysore Palace has an enormous display of silk costumes dating to the period of the early nineteenth century. The gold and silver “Zari” border work on the bold and vibrant colors of the silk are adored and coveted by women of South India. The silk coming from Mysore is simply known as ‘Mysore Silk’ , and has made Mysore synonymous with this fabric.

The Origin of Mysore Silk

The Maharaja of Mysore, Naalwadi Krishnaraj Wadiar established the silk weaving factory in Mysore, presently owned by KSIC (Karnataka Silk Industries Corporation Limited) in the year 1912. During those days, the silk fabric was manufactured & supplied to meet the requirements of the royal family, and to provide ornamental fabrics to their armed forces. The looms and preparatory machines were imported from Switzerland.

The art of silk weaving

Essentially, the fabric is soft and bright. It is a delicate material made by cultivating silkworms on mulberry leaves. The raw silk is obtained from the T. Narasipura factory, 25 kms away from the Mysore silk sari making factory. The cocoons are immersed into hot water and the filaments from these cocoons are reeled together on a wooden spindle, into a uniform strand of raw yarn. The dye gives a rich color to the strands. The loom is set after a few procedures and the weaving begins.

The traditional specialty “Mysore Peta” is an indigenous attire worn by the erstwhile Kings of Mysore. As part of the royal dress, Kings wore a richly bejeweled turban adorned with jari (gold threaded lace) to match their colorful dresses.

The very attractive and colorful turban is a headdress made up of a long scarf-like single piece of cloth made of silk or cotton, wound around the head-cap. It is often decorated with golden or silver laces and beautiful metal pendants to make the peta glorious. Distinguished people are honored with the award of a Mysore Peta at formal functions. An interesting less known piece of heritage in Namma Bengaluru from the early 1930s, the “Imperial Hatworks”, is located in heritage buildings called the Hatworks Boulevard (150 years old history), at No. 32, Cunningham Road, Bangalore. These implements housed here were used to make the “pretied Mysore peta” for the Maharajah of Mysore.

The art of weaving is unique, since the young silkworms are fed on mulberry leaves produce fine yarns. The weavers use traditional methods of dyeing, and the zari work of gold and silver makes the fabric bold and shiny.The durability of the fabric is a life time of asset.When I was young,my grandma gifted me a pink saree which I adore and it is the most smooth and beautiful Mysore silk. This instance now resonates with me as something that is inherent to the culture of our country. The passage of prestigious gifts from generation to generation turn into methods for the preservation of the efforts put in by our skilled artisans.

Cultural Identity: Through the GoUNESCO lens

Wandering through the forgotten bylanes of Shahpur Jat