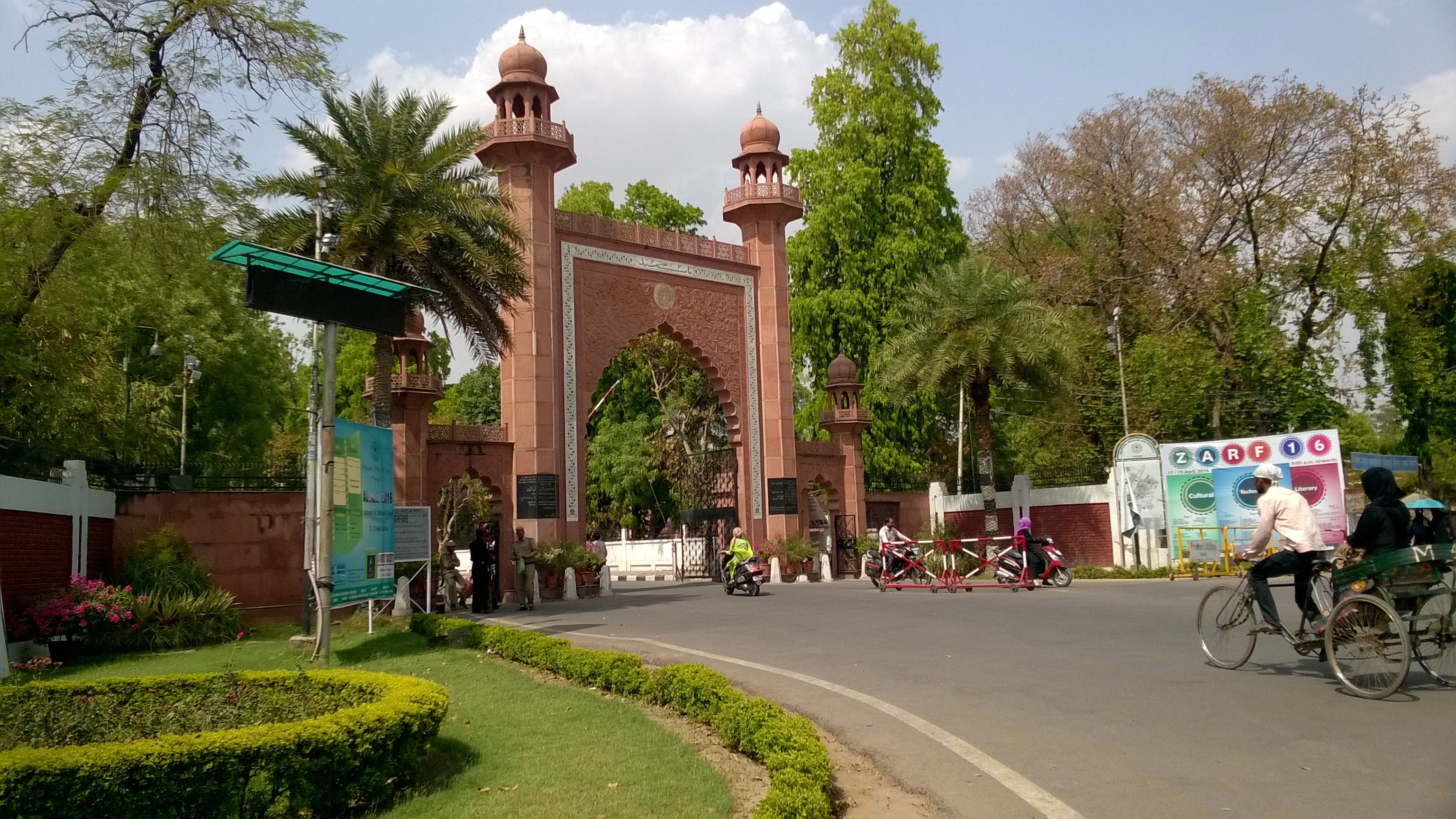 Raja Jai Kishan helped Sir Syed in establishing the Aligarh Muslim University. In 1877, Sir Syed founded the Muhammadan Anglo Oriental College in Aligarh and his visionary ambition to plan the college after Oxford and Cambridge universities. His objective was to build a college in harmony with the British education system but without compromising on Islamic standards. After some decades, expansions were made, and more academic programs added to the core curriculum of the college. By 1920 the college was transformed into the Aligarh Muslim University.

Some general information about AMU:

It is proudly Islamic and also a proudly Indian institution: a living symbol of the composite culture of India and an exemplary specimen of secular principles in practice.

Cultural routes in Aligarh have long existed, spanning from the upercoat to the Railway station, from the clock tower to the purani chungi and Ramghat road, Marris road and many more. Only in the last two decades has there been a substantial recognition of their value as a key driving force for Tourism, Education & marketplace development. Developing sustainable tourism activities along these routes is a way of generating awareness of their heritage, of experiencing them, whilst providing revenue for their safeguarding and conservation.

A 3 km stretch, the road starts from the old clock tower and goes to the old intersection. Buildings and structures dot the area, starting from the DM residence beside there is a church ( the church of Ascension ) and along the road, one can see the staff club ,Tibiya college, Naqvi park. In the university zone, one can see departmental and academic buildings such as the University circle, staff club, VC lodge, the Maulana Azad Library, the Arts faculty building, University canteen, the Chemistry Department, the Physics Department, and the Computer Center.

Students and the general public have always moved from Aligarh city to AMU and from place to place for exchanging goods, skills, and thoughts. Throughout history, AMU & Aligarh city was well connected and employed several key routes within the city that today, form some of the most bustling areas in the perimeter. The primary strength of this route is the overlay of natural and cultural attractions in the areas. These include unique dramatic and spectacular landscapes, indigenous cultural attractions that present the early settlements in Aligarh.

There are lots of tea spots (examples of dhaba culture) for students and staff to partake in the evening tea, and in leisurely academic discussions. This forms an important part of the culture seen along the routes within the university, as one can often hear anecdotes from intense theoretical arguments here. The lush, green campus is a haunt for joggers, who are often seen on their daily route in the morning.

Even though it all looks green and ideal, there is a need to understand the promotion of cultural routes within geographical areas as specimens of heritage. This awareness needs to be raised at the district level through a preservation of college-spirit by students and professors.

Inside the lanes of the Shakhari Bazaar in Dhaka

The Hausa way of life