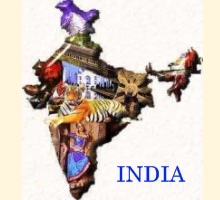 Time to pack up traveller bags and go on exploring the rich cultural heritage of our country in form of UNESCO world heritage sites !
DELHI-BHARATPUR-KHAJURAHO-GAYA- JAIPUR-AGRA-DELHI
9 WHS COVERED

10 am : took a metro to qutub minar metro stn , cost of ticket: INR 22
10:40 am:took an auto to qutub minar from stn ,2.3 km cost:Rs.10
11 am: bought ticket for qutub minar ;cost:INR 10
About Qutub Minar:It was built as a commemorative tower of victory by Qutub-ud-din-Aibak after the defeat of Rajputs.It is surrounded by other buildings of historical importance like the Iron Pillar,Quwwat-ul-islam mosque,Alai Minar etc.
the whole area is known as Qutub Complex. It is flanked by locals and foreigners alike.

4th July http://http://whc.unesco.org/uploads/thumbs/site_0232_0005-260-260-20070104144422.jpg
1:30 pm : took metro(yellow line) till INA metro station (cost of ticket: INR 15)
2pm: Reached Humayun tomb after taking a shared auto from station(INR 10)
About Humayun Tomb:It is the tomb of 2nd Mughal Emperor Humayun.it was commisioned to be built by his first wife,
Haji Begum.It is considered to be the first example of Mughal architecture in India.The most notable features are the garden squares (chaharbagh) with pathways water channels, centrally located well proportional mausoleum topped by double dome.
5th July http://http://upload.wikimedia.org/wikipedia/commons/thumb/d/db/Keoladeo_Ghana_National_Park%2C_Bharatpur%2C_Rajasthan%2C_India.jpg/284px-Keoladeo_Ghana_National_Park%2C_Bharatpur%2C_Rajasthan%2C_India.jpg
5:15 am : Took Kota SF Special train to Bharatpur junction from Hazrat Nizzamudin railway station (cost of ticket : INR 170 ) Distance:167 km
8:35 am: Reached Bharatpur Junction
9:10 am: Reached Keoladeo National Park (5 km) through cab (INR 70) Ticket:Inr 25
Hired a guide -cum-rickshawpuller :INR 100
About Keoladeo national Park : It is a haven for migratory birds and serves as a breeding ground for them.It came into existence as a duck shooting preserve for Maharaja Suraj Mal of Bharatpur. Hunting was banned in 1964 and after being declared a World heritage Site by UNESCO, it attracts tourists and bird watchers from all over the world.

Visited Mahabodhi Temple :Mahabodhi Temple is sacred religious site for Buddhists as it is the place where Buddha achieved enlightenment . The place is highly venerated by the Buddhists. Emperor Asoka visited Bodh Gaya around 260 B.C. and constructed a small temple near the Bodhi tree.The sacred Bodhi tree ,situated at the west of the temple is believed to be the direct descendant of original tree under which Lord Budhha meditated.

Reached Jaipur,checked in a hotel

It is a collection of architectural astronomical instruments built by Rajput king, Sawai Jai Singh.The Jaipur observatory is the largest and best preserved among the five similar observatories built by him.It is the biggest stone observatory in the world.It consists of 14 geometric instruments for measuring time,tracking stars etc. The place is a major tourist attraction now.

5 pm: Reached Agra,checked in a hotel

Also known as Lal Quila,Fort Rogue and Red Fort of Agra ,Agra Fort was built by Akbar when he was through with the consolidation of his power after accession to power in 1654.It worked both as a military strategic point as well as the royal residence.The fort contains splendid palaces both in red sandstone and white marble built by two generations of prolific builders Akbar and later Jehangir and Shahjahan.

The Taj Mahal is the epitome of Mughal art and one of the most famous buildings in the world.Built by Emperor Shahjahan in marble in memory of his beloved wife ,Mumtaz Mahal; it means the crown of palaces in Arabic and Persian.

My UNESCO trip from starting from Hyderabad

15 day Trip to Delhi and Around