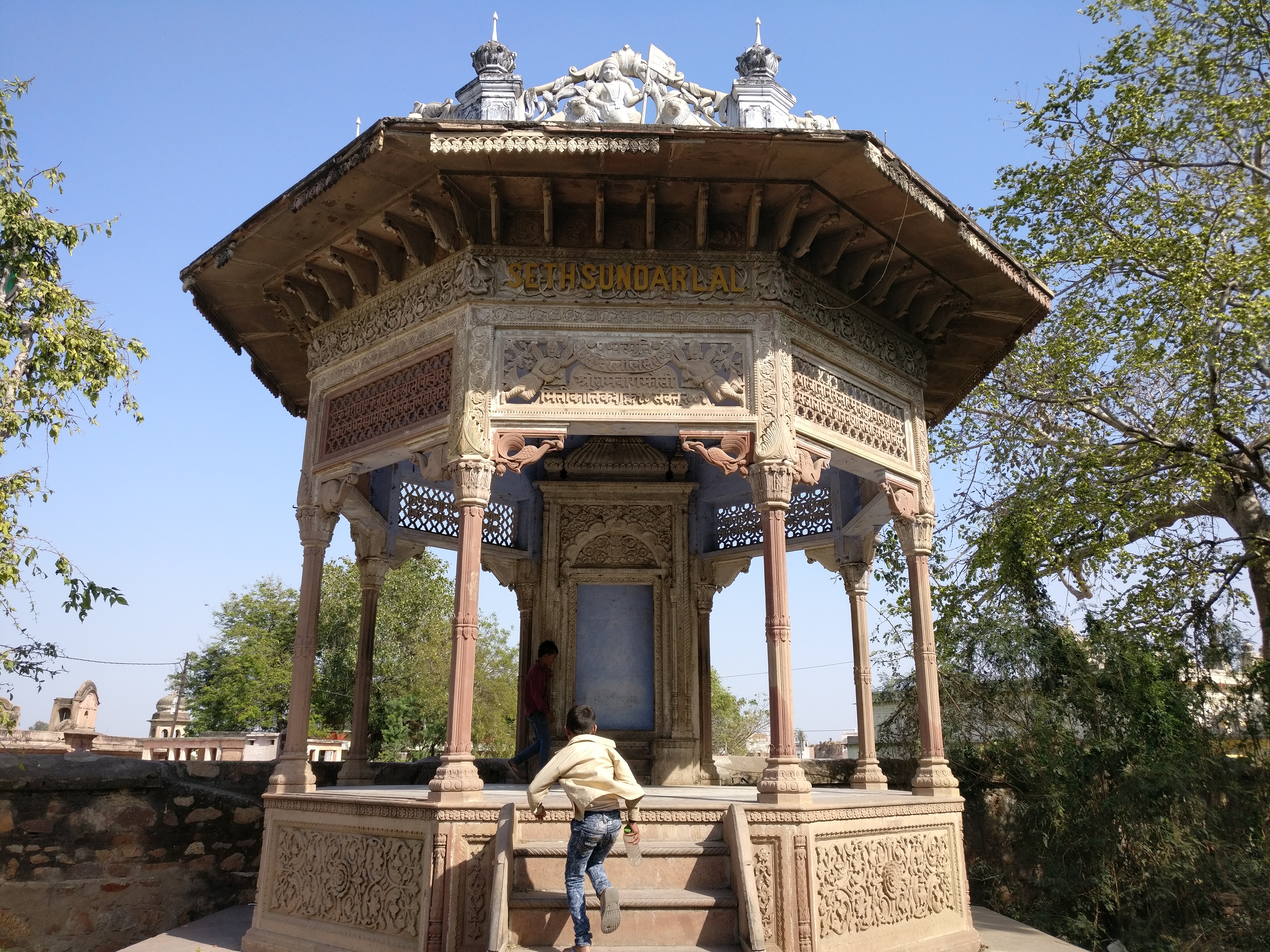 The Make Heritage Fun Event at Jhansi was a very different one. The heritage walk and exploration of the Gangadhar Rao’s Samadhi started with us assembling around the venue gate. Once done with our introductions, we shared our information about the Gangadhar Rao’s Samadhi, and his role as the vassal king of Jhansi. His early death, how it affected the city, and the rise of the valiant queen, Lakshmi Bai.

We entered the complex with the curiosity of exploring the remnants of the royal life and culture, to understand the perspective of those who built the city; the kind of thoughts they put into the last king’s resting place.

The complex built in memory of Raja gandhar Rao after his demise (1853) by his queen, is situated right next to the Maha-lakshmi temple and lake, it was strategically placed in accordance to the Royal family’s religious beliefs. The cenotaph is situated west to the Lakshmi tal (lake), and is a unilateral chattri. Inspired by the Mughal architecture, the cenotaph is surrounded by octagonal domes on all four sides. The garden surrounding the chattri is exhibits a quadrilateral garden (charbagh).  There’s a four way entrance inside the chattri, with three pillars each. The pillars merge together to form beautiful mughal arches, which are covered with elaborate lotus and plant motifs that seem to be withering away with time. With close inspection, we noticed a few irregularities in the motifs on the Chattri pillars and slabs. The reasons for these might be untimely replacement of the few damaged motifs with new ones, but one cannot be sure. 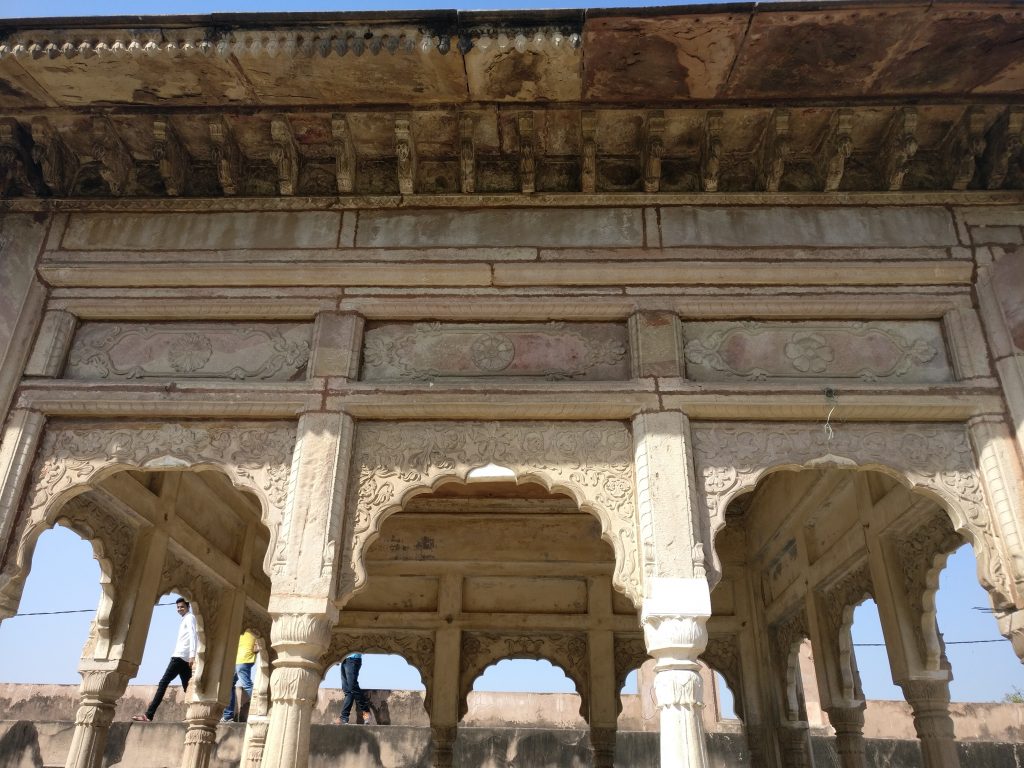 After walking around the complex and discussing the history through our findings and explorations, we decided to carry out a clean-up drive to dispose the litter present in and around the complex. Exiting the complex, we noticed a few beautiful structures in the vicinity of the temple. Our curiosity led us towards them. We walked around to notice that they were too influenced by the national movement, as the structure was crowned with several nationalist leader’s ( Jawaharlal Nehru, Mahatma Gandhi etc) busts. The history of these structure is still unknown to us, however, the name of the founder- Seth. SudarLal was inscribed on it. The people of Jhansi certainly knew how to wear their ideals with pride.

At the make heritage fun event, we certainly learned more than we had aimed for. A new excitement of exploration of our city has gripped us. From now on we shall set out with the aim of understanding structures in the city, through the history that has made them.

Food and spices of the Bhotia community in Uttarakhand