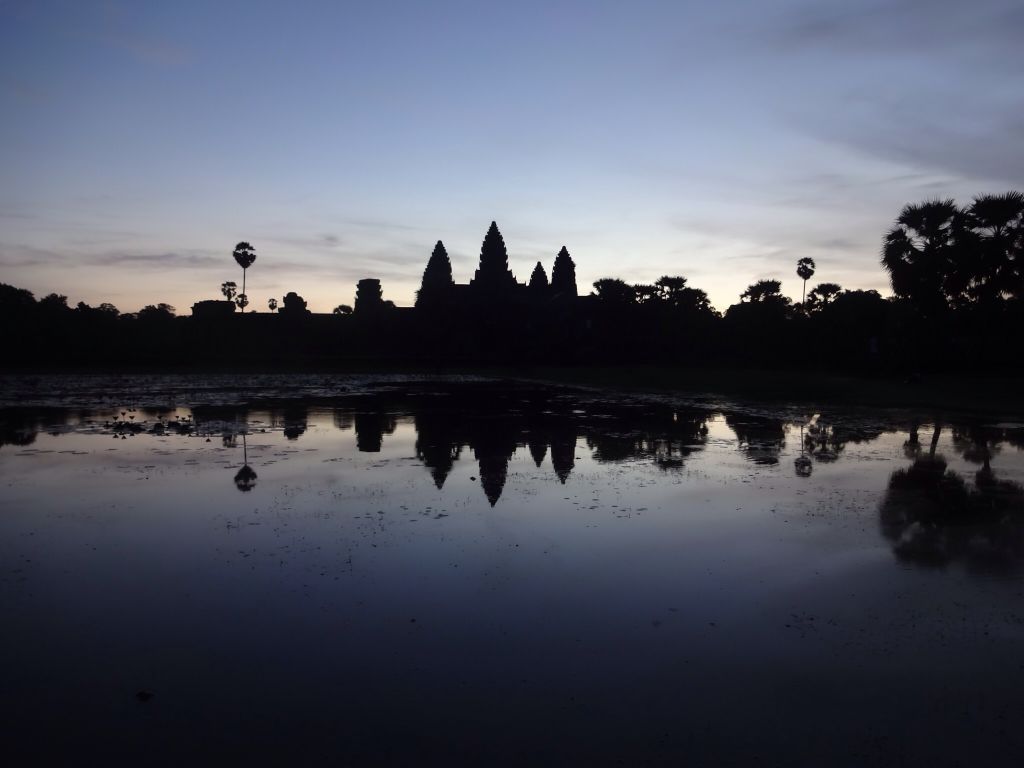 While going through the travel proofs of several travelers, we found that some of them have a wonderful way of capturing the moment even if it is still. So, we start this series with a set of pictures of the Ang Kor temples.

1. The guitar solo of your favourite rock guitarist never ceases to amuse you. Similarly, the picture of the Ang Kor Wat, along with its reflection never ever ceases to amaze you. Thanks Kamana Sharma for this great shot. 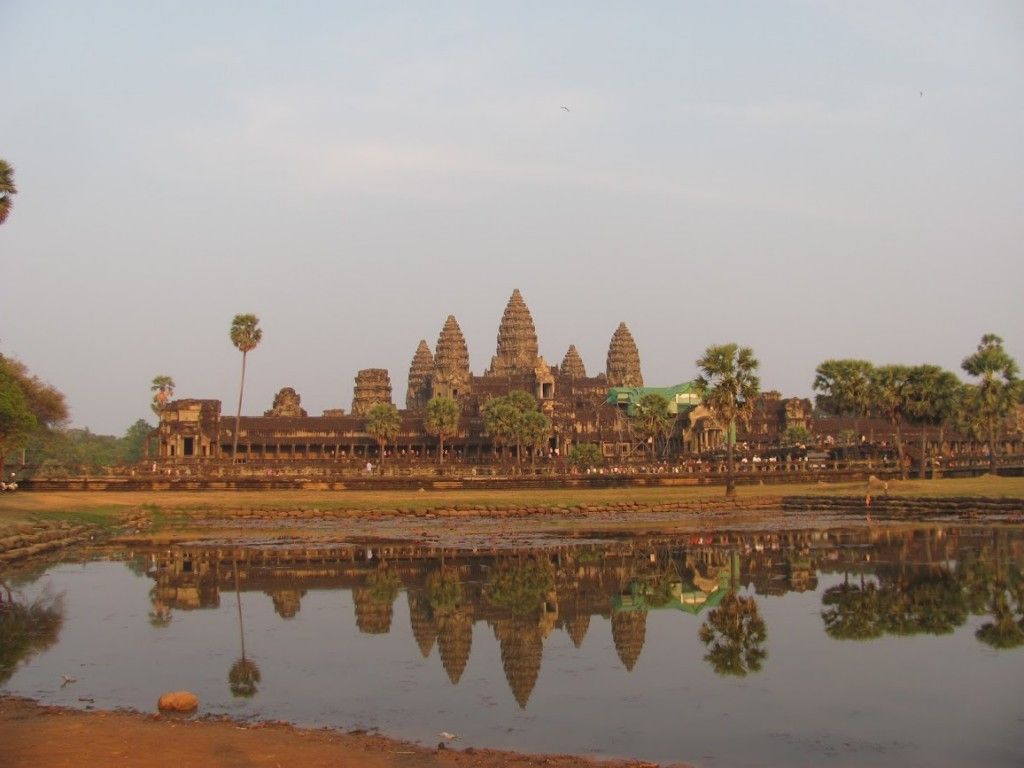 2. No visit to the Ang Kor temples is complete without a visit to Bayon. Bayon, which is one of the three biggest temples in the Ang Kor ruins has massive serene faces made in stone. If not for the size, they look real. Rachel Mahoney gets the spirit right with this picture.

3. The most distinctive features of the Ta Prohm temple are the trees growing out from the temples and ruins. It became excessively famous owing to this and Prashant V captures them at the right moment – when the light is falling neatly on the roots of the tree. This is a rare sight that merges nature and man’s own creation. 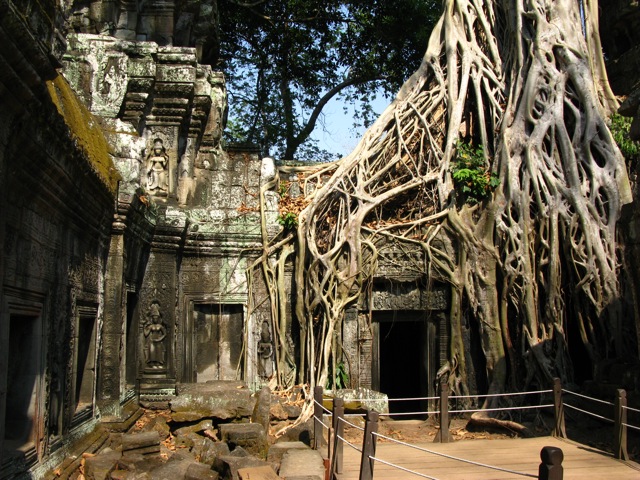 4. A pre sunrise picture of the Ang Kor Wat. This is probably the only time, you can see such a clear view of this temple (without any people around that is). Takashi Hiruma takes credits for this shot during his cycling adventure in Cambodia.

5. The sunrise at Ang Kor Wat is one of the best sunrises you can witness especially over a man made site. And Paul Brooks gets the sun rising from aside the temple to move right towards the temples. This is a must-visit!

Where is my ticket