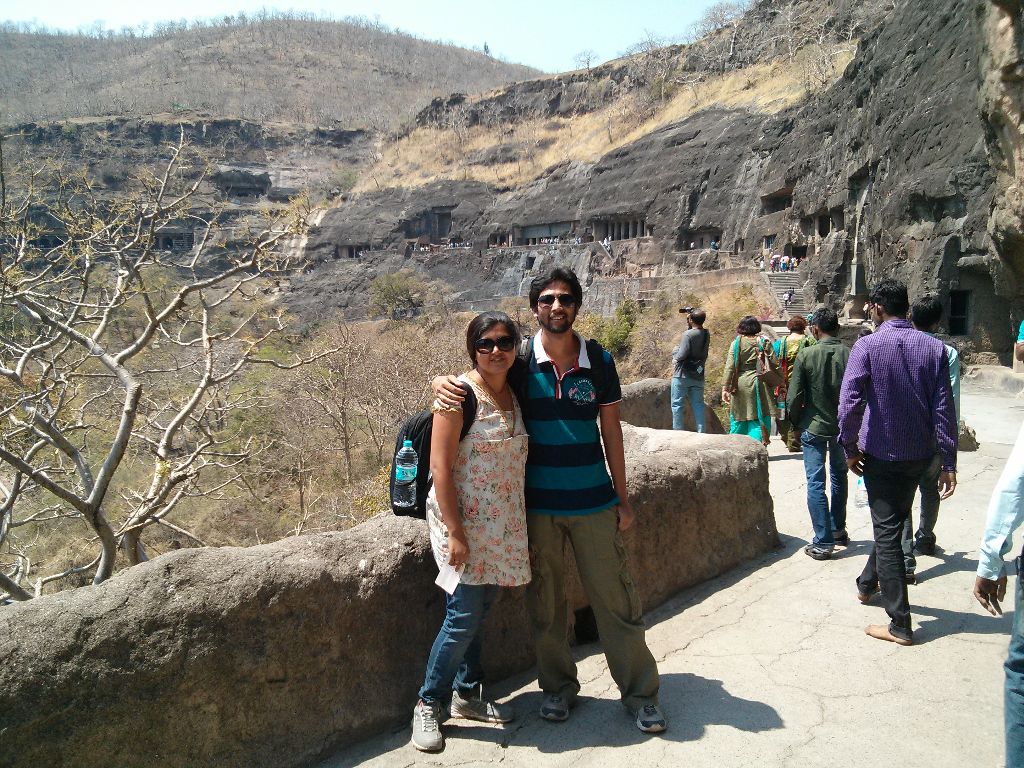 So upon deciding to give a shot to the UNESCO challenge we started to decide what would be the first place we would kick start our journey with. And with the feasibility study done it was to be Aurangabad which gave us the opportunity to cover both Ajanta and Ellora caves.

The caves were a beautiful sight and instantly take you back in time. With our tickets we started off to see a few of 32 caves that our predecessors from various beliefs have left behind for us. The first cave we visited was a Buddhist chaitya with Buddha in a teaching pose and a backdrop of stupa. The cave was very quiet and peaceful in spite of the people who would not shut up even after being told. We did have such a family with us whom we named the ‘ready’ family. They were highly sure that taking photographs at every nook and corner of a place was the way to go. More often than not the father would scout a location and catch clueless bystanders to click a certain shot in a certain way and the thing was…’ready bolna, huh’. We managed to avoid the clutches on our first day’s outing but were not so lucky the next day, but that’s for later.

The first cave we visited (cave1) is the one which houses all the paintings that we know from Ajanta. Dimly lit and crowded the cave is still a sight to behold. Before we could look around the guide started. ‘Ladies in the front, gents come here with me. See where I am showing you. Move fast. See in the corner’. These lines at the top of his voice guided our group into position to receive his wisdom on the paintings. As a person who loves all things historical this was the first time I wanted to run away from a heritage site.

Aj did try to get in a few pics but the lighting was not right and you are not allowed to use flash.