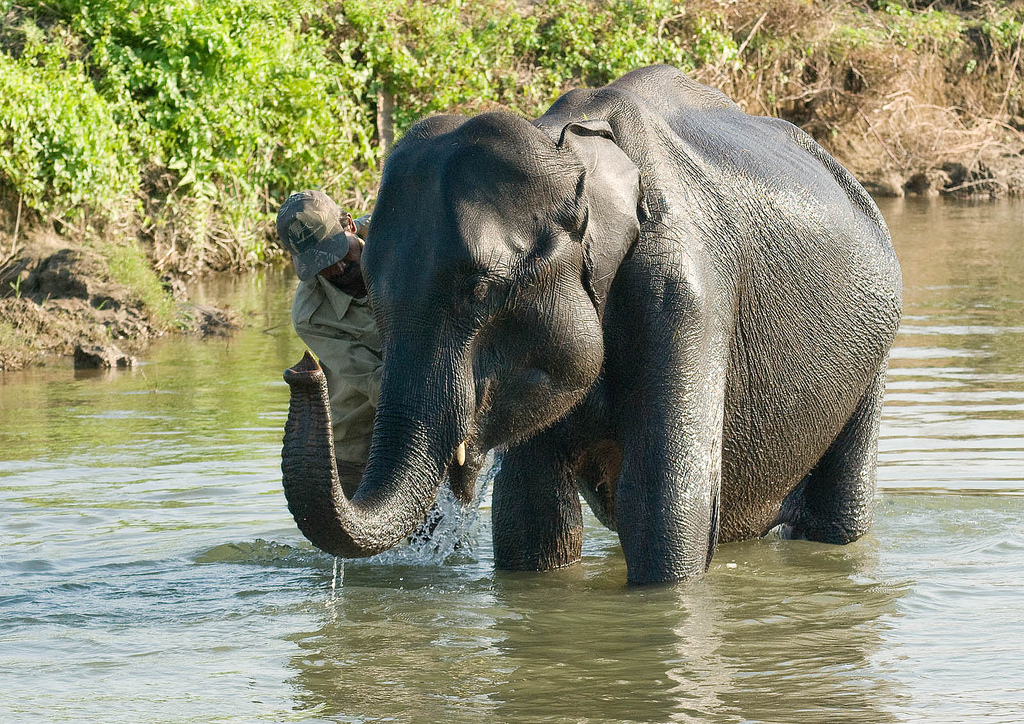 or Manas Wildlife Sanctuary is a Wildlife Sanctuary, UNESCO Natural World Heritage site, a Project Tiger Reserve, an Elephant Reserve and a Biosphere Reserve in Assam, India. Located in the Himalayan foothills, it is contiguous with the Royal Manas National park in Bhutan. The park is known for its rare and endangered endemic wildlife such as the Assam Roofed Turtle, Hispid Hare, Golden Langur and Pygmy Hog.Manas is famous for its population of the Wild water buffalo.

The name of the park is originated from the Manas River, which is named after the serpent goddess Manasa. The Manas river is a major tributary of Brahmaputra River, which passes through the heart of the national park.