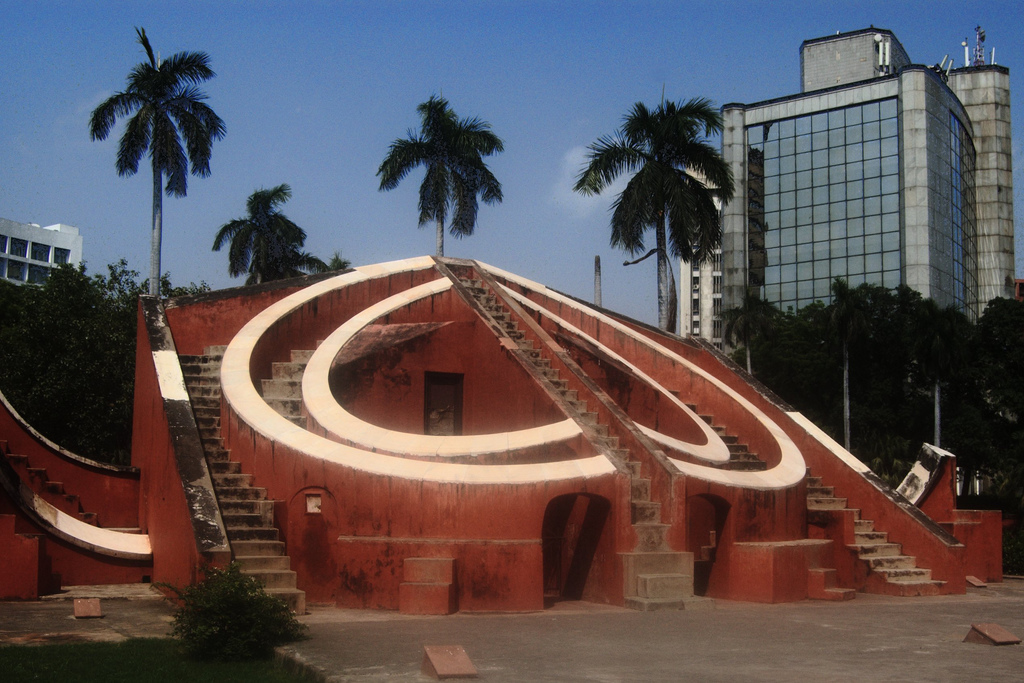 is a collection of architectural astronomical instruments, built by Maharaja (King) Jai Singh II at his then new capital of Jaipur between 1727 and 1734. It is modeled after the one that he had built for him at the Mughal capital of Delhi. He had constructed a total of five such facilities at different locations, including the ones at Delhi and Jaipur. The Jaipur observatory is the largest and best preserved of these.

The observatory consists of fourteen major geometric devices for measuring time, predicting eclipses, tracking stars’ location as the earth orbits around the sun, ascertaining the declinations of planets, and determining the celestial altitudes and related ephemerides. Each is a fixed and ‘focused’ tool.

The Khajuraho Group of Monuments