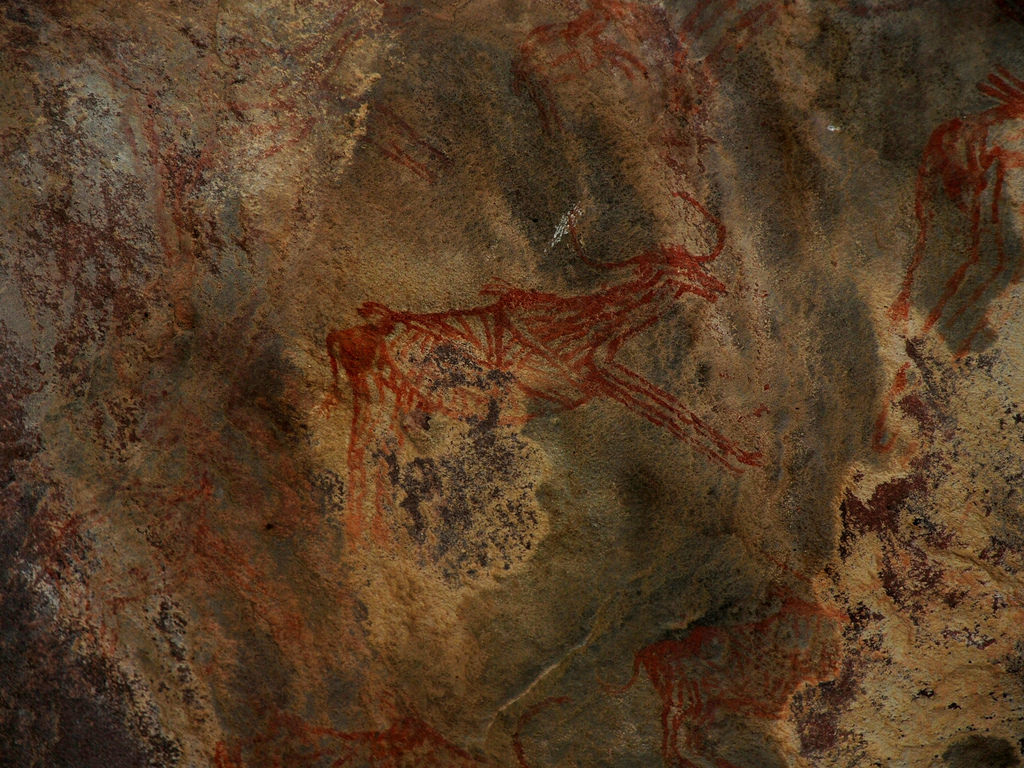 The name Bhimbetka is associated with Bhima, a hero-deity renowned for his immense strength, from the epic Mahabharata.[4] The word Bhimbetka is said to derive from Bhimbaithka, meaning “sitting place of Bhima”.

Bhimbetka was first mentioned in Indian archeological records in 1888 as a Buddhist site, based on information gathered from local adivasis. Later, as V. S. Wakankar was traveling by train to Bhopal he saw some rock formations similar to those he had seen in Spain and France. He visited the area along with a team of archaeologists and discovered several prehistoric rock shelters in 1957. There have been found also the oldest known petroglyphs of the world in 1990 – 1991 – 10 cupules and meandering line which could be up to 150,000 years old.